If lust is the elephant in the room, then anger looks more like a Cape buffalo. Cape buffalo are also known as Black Death, or “widow maker.” They have killed more big game hunters than any other animal in Africa; it is estimated that they gore and kill over 200 people every year. A full-grown male can grow to six feet and weigh in at a staggering 1,750 pounds, so when this freight train of massive horn and muscle comes off the track, he will destroy anything in his path. I’ve watched a fully-grown male toss a crocodile ten feet in the air because it came after one of the herd. I’ve also been in a full metal jacket safari vehicle when one of these behemoths with a misplaced bad attitude charged our truck for simply driving past the herd. In the right circumstance, their anger can serve them well. Misguided, their anger can cause an extreme amount of damage. 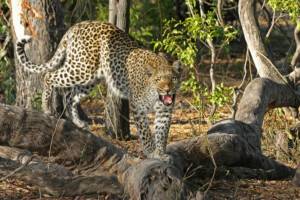