and understood who he really was.

One of the scariest nights I have ever spent was in a small, fenced-in camp in Balule, South Africa, on the southern banks of the Olifants River in Kruger National Park. At night you can hear the lions roar from as far as five miles away – it’s an AWESOME sound.

My tent was pitched just feet away from the fence edge, where I grilled hamburgers over an open flame. The intoxicating aroma of burning flesh cast a spell on man and beast for miles around as it swirled about me and drifted through the holes of the tall chain-link fence topped with barbed wire.

As the African sun began to set, the shadows of the night crept in as sparks from my campfire drifted skyward, its flickering glow illuminating a thirty-foot circle. Once the final glimmer of daylight melted away, the temperature dropped drastically, and blackness as thick as tar surrounded me, as if I were sinking into the depths of the darkest sea.

While finishing the last few bites of meat, something caused me to pause and squint past the glow of the fire into the shadows. I sensed something was locked onto me before I ever had a visual recognition; it’s a really intimidating feeling. Through the fog of the night and drifting smoke, there, only twenty feet away, was a ghostly pair of yellow eyes three feet off the ground, staring straight at me. I was totally paralyzed. A silent fear set in as the hairs stood up on the back of my neck. I could feel the fight-or-flight mode begin to pump through my veins. Whatever had me in its sights was tracking my every movement as I strained to uncover the predator blending into the night.

The moments seemed like minutes, and then all at once, the eerie shape of a spotted hyena materialized. He had smelled the meat and was moving in on his prey. The bite of a hyena can crush the pelvis of a buffalo in one bite; knowing I was his intended victim was no small thing.

The large hyena moved in my direction, only to pause and urinate against the fence just feet from my tent to mark his territory. It became a game as I’d move to where he’d urinated and mark my territory as well. Within minutes he was back reclaiming his territory. This game of dominance, with the hyena moving in and out of the shadows, continued for about twenty minutes, when suddenly the hyena’s body language changed from one of dominance to one of submission as he cowered and disappeared into the blackness. For a moment I thought I’d won this game of position until my ears picked up on the true cause of his turning. In the distance, and moving closer, I heard the unmistakable sound of a lion pride roaring, claiming its territory. A male lion is extremely protective of his home and family, and will often use his roar to warn off anything that might threaten them. He’s been known to take down an animal weighing several thousand pounds, and eats the equivalent of 70 hamburgers in a single sitting. His roar is a ferocious, unforgettable sound that can be heard up to five miles away, and when the pride sounds off, every living creature stops what it’s doing – they all know who the real king of the African plains is. The King is not a thief; he rules the plains, protects his pride, and takes what is his.

FINDING YOUR ONE TRUE VOICE

A lion’s roar isn’t something it earns from its father or from how many kills it achieves. That roar is something a lion is born with. It’s imputed. The roar is given to the lion by the One who created it. MenMinistry.org is about helping you find your roar, your one true voice, the real you God placed in you the moment you truly believed, the you that is Christ in you – not the flesh and bones walking around believing lies, afraid, insecure, full of worry and doubt, but the you that, when you live from that place, the enemy tucks his tail and runs.

We are here to help men answer The Big Question: ”Am I enough?” When you understand who you really are in Christ, you can live life to the full, the way that God intended.

“The thief comes only to steal and kill and destroy; I have come that they may have life, and have it to the full.” 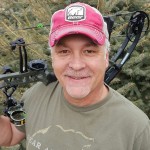